Hi - this is my first ever post here as I have always found solutions to my queries here without needing to post - for that, thank you to all the contributors.

I have found similar questions to mine but no replies quite hit the mark.

Please forgive me if I have missed it. I will happily be pointed at the right topic discussion and retreat with my tail between my legs.

I have a FVP-4000t connected by HDMI to a Panasonic 55” OLED and have had the same configuration and cabling without a change for over 2 years. A couple of days ago I got the “The programme cannot be viewed via HDMI connection because your TV does not support digital content protection (HDCP). Disconnect the HDMI cable and connect composite video connection to watch the programme in standard definition.” error message which now appears continuously - even over main menu screens etc.

I have confirmed that the TV does not have an issue by connecting other HDCP devices to the same HDMI port, I have tried a different HDMI cable between the TV and the Hummy and the Hummy is running the latest software (UKTFAE 1.03.52 from June 2020).

Any ideas or help would be gratefully appreciated.

lymbo said:
Please forgive me if I have missed it.
Click to expand...

The key here is a basic engineering edict: if results have changed, something must have changed in the system. The problem is to identify what. I think we can reasonably assume nothing has changed you are aware of, so we have to think of things that might have changed without you being aware.
HDCP works by the player challenging the display for a cryptographic certificate to verify that the display is incapable of storing the content, which will be subsequently sent over the HDMI link unencrypted. Certificates are only issued to manufacturers on that basis. HDCP is not a continuous process, it is established at the start of the session and then after any break in connection is detected (so that a pirate can't switch the cables - but it's a waste of effort because a dedicated pirate could easily cobble a sniffer to extract the HDMI without breaking the connection).

If you search "green screen" you will find there is a history of problems in HDR-FOX-land potentially connected with HDCP. It appears things chug along perfectly OK until one day HDCP breaks, or somebody changes their TV which doesn't then get on with the HDCP handshake. Advice has included rolling back to older firmware versions with potentially different HDCP implementations, which seems to have helped a few people (but, as with anything on a forum, it is difficult to be conclusive). Some makes of TV definitely have more problems than others, and I have put this down to differing interpretations in the exact detail of how HDCP is to be implemented. IIRC we have also seen an instance where the latest spec for HDMI/HDCP is incompatible with the Humax implementation.

For HDCP which fails despite the system remaining the same, I don't think the issue can be systematic. If, for example, certificates were dated and expire, they would expire for lots of users all at once and we would have noticed! It is possible for display devices to be blacklisted, but that would require an update to be sent to the player device. Nonetheless, I assume your 4000T is connected to the Internet, so despite not updating the firmware to your knowledge, it would be possible to have received a HDCP update (not something which could have happened with HDR-FOX).

Then there is your TV. Is the TV connected to the Internet? Could it have had an automatic firmware update (which might have affected the HDCP handshaking)?
OP
L

I can confirm that my main TV has not had any recent firmware updates (last was June 2020) and that I have now tried the FVP-4000t with two alternative TVs and the error message is still displayed exactly the same. I have tried different HDMI cables and all HDMI ports on all the TVs too - which leads me to conclude it is the Humax box that has developed a problem/fault.

I have tried a Factory Default reset and this has made no difference either although it says the internal HDD format failed. I have also tried to format the internal HDD and that fails due to an “unknown error” and then switches itself off!

I‘m starting to think it’s a HDD failure? Although that doesn’t make sense to me why it would be returning the HDCP error...

Doesn't seem likely. Something you could try is clearing "cookies" (although I would have thought a factory reset would do that) - look for a "hidden service menu" (sorry, don't know the 4000T).


lymbo said:
I have tried a Factory Default reset and this has made no difference either although it says the internal HDD format failed. I have also tried to format the internal HDD and that fails due to an “unknown error” and then switches itself off!
Click to expand...

Black Hole said:
Something you could try is clearing "cookies" (although I would have thought a factory reset would do that) - look for a "hidden service menu" (sorry, don't know the 4000T).
Click to expand... 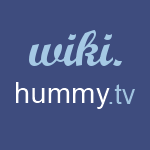 I'm beginning to wonder. I don't like postulating multiple simultaneous faults. If it's not too inconvenient, maybe you could try dropping in another HDD and see what happens.

Luke said:
I believe that access to he Hidden menu is from the System Information page and the same colour sequence as the HDR-FOX T2
Click to expand...

It is. But I can't see any mention of clearing cookies.

"Reset Cookie & DRM Data" appears on the HDR-FOX service menu - the "DRM" bit is what I thought had half a chance of working (but most likely not).

On the 4000T/5000T you clear the cookies by selecting the Freeview Play button ("F" on the 5000T normal remote), then go to Players and select the small "i" button at the top right. From there, you have to press "+" (not Enter as you might have expected) then follow the prompts to return to normal use. Whether it will sort this problem, I cannot say.
H

I get the same error occasionally with a Humax Aura. I suspect it’s after the box has done a software update. Very annoying, one day it works the next it doesn’t. A simple ‘reboot’ (option on the power menu from the home screen) seems to fix it.
You must log in or register to reply here.
Share:
Email Share Link
Top