Initially looked difficult. Managed it in less than 5 minutes (maybe only 3). Perhaps a DM ***.

I've never come across one which can't be done in less than 5 mins.

Not sure I have either. Usually only get the DM on Saturday (for the TV pullout and the extra quizzes), so I'm only aware of the ones the rest of the week through your postings.

About 3 mins. for me. I've never seen anything but a 3 blob one in the Sat. paper, being the only one that gets purchased (for the same reasons).
D

Black Hole said:
The reason I have taken the Daily Mail
Click to expand...

Where have you taken it? To the bog?
D

Watched the film Steve Jobs last night. I hadn't realised he probably had Asperger's Syndrome. As one wit online put it, he either had that, or he was a narcissistic selfish dickhead.

While on the bog?
D

Black Hole said:
While on the bog?
Click to expand...

It was good, though manic in its pace. It was a real hatchet job.
OP

EEPhil said:
Not sure I have either. Usually only get the DM on Saturday (for the TV pullout and the extra quizzes), so I'm only aware of the ones the rest of the week through your postings.
Click to expand...

Strange. Our paper, what we took, has an entirely different story.

My wife met Douglas Adams at a fete in Dorset once (he was visiting one of his relatives who lived locally). She didn't know who he was, but he made the glib suggestion of "ask your husband". I wasn't at the fete, so I never met him!
D 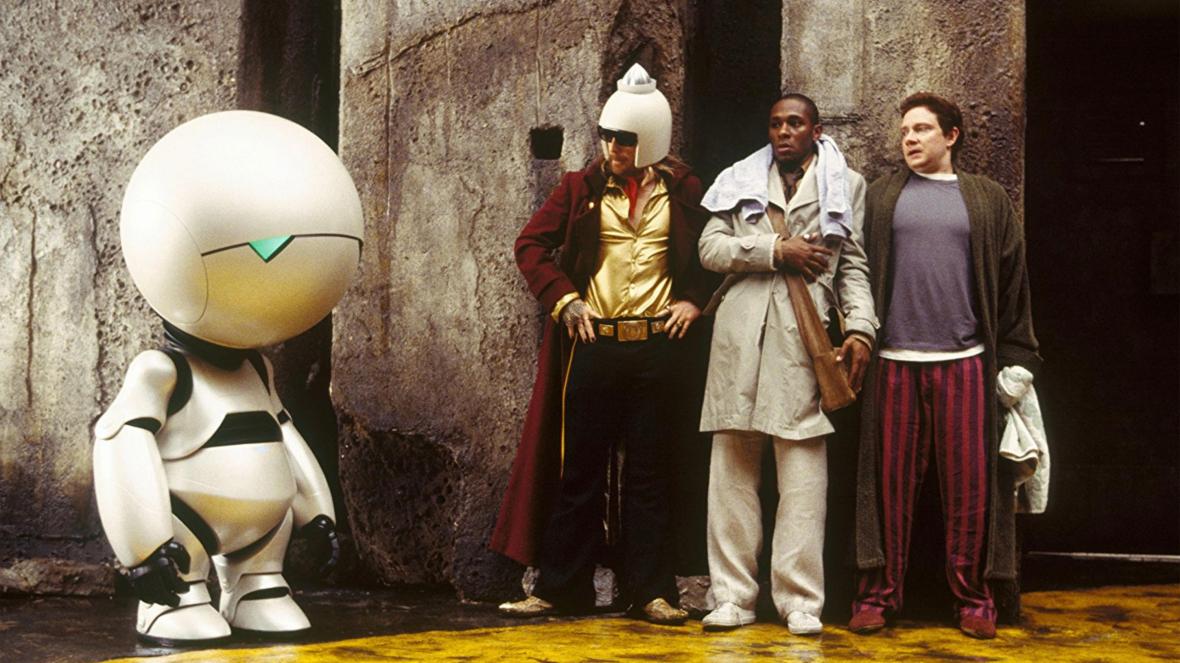 The question of what happened when the soldier, mathematician and historian crossed the solar system will remain unanswered.
Although the answer could, of course, be 42.
The late Douglas Adams’s plans for a television series imagining Earth’s colonisation of the solar system that would have been a “playpen for all his passions” have been found in his archive. 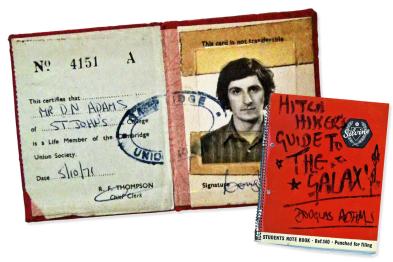 The archive reveals more about the author’s own story
ST JOHN’S COLLEGE, CAMBRIDGE/PA

The creator of The Hitchhiker’s Guide to the Galaxy, who died in 2001 aged 49, had been developing the series in his final years. It is thought that financial difficulties faced by his digital entertainment company in the dot com crash at least partly scuppered the project.
Kevin Jon Davies, who has been granted access to the author’s archive at his former Cambridge college, St John’s, for a forthcoming book, said a note from April 1996 outlined Adams’s plans for The Secret Empire series, whose lead character was named Robert Darwin.

“It had a big, sprawling, epic feel to it with each series advancing by 100 years and he wanted it to be based on sound scientific principles,” Davies said. “His description of it was, ‘The stories will allow an exploration of machine intelligence, nano technology, game theory, evolutionary theory, complexity theory and virtual reality’.
“The characters were eventually going to have their consciousness transferred into machines so they could live across these hundreds of years.”
Unbound, publishers of the planned book, 42: the Wildly Improbable Ideas of Douglas Adams, are launching a crowdfunding campaign today to raise money for publication. Adams is regarded as one of Britain’s most original thinkers of the late 20th century. The Hitchhiker’s Guide to the Galaxy, which started as a BBC radio show in 1978 and was followed by five books, stage plays, a computer game, a television series and a 2005 film, has a supercomputer giving the “answer to the ultimate question of Life, the Universe and Everything” as 42.
D

Last year was 42 years after it first aired.
OP

Scrat said:
The characters were eventually going to have their consciousness transferred into machines so they could live across these hundreds of years.
Click to expand...

I know of no way to prove this has not already happened.

Due to a staggering mis-calculation of scale, these hundreds of years have now been discovered condensed into a single lunchtime some three weeks last Thursday (I never could get the hang of them).
D

I think the problem with HHGTTG was that DA wanted the books to go a different way, and admitted that the books contradicted the shows.
D

Black Hole said:
I know of no way to prove this has not already happened.
Click to expand...

It's like teleportation, though, or cloning. The original has no link of continuity of consciousness to its predecessor. A teleported person would be a different person, but with the same memories. If a consciousness were cloned into a machine, there is no way the machine would be a continuation of a person.

We could be all entities in a computer simulation and wouldn't be able to tell the difference. However, I use the same argument as I use to refute the existence of God: Occam's Razor.

Black Hole said:
We could be all entities in a computer simulation and wouldn't be able to tell the difference.
Click to expand...